Five years ago, on our fourth episode ever, we forced ourselves to watch and discuss The Christmas Shoes. You know, the TV movie based on the book based on the song based on an email chain about a little boy who buys his mom a pair of shoes right before she dies? It was brutal stuff, and when we learned there were sequels, we decided we weren’t nearly desperate or drunk enough to even think about touching those.

Well today is that day! On this week’s episode, we’re discussing The Christmas Blessing, the 2005 sequel to Christmas Shoes. Neil Patrick Harris stars as the kid from the original all grown up. 20 years later he returns to his hometown to find himself, finds love along the way, but wouldn’t ya know it? The shoes reappear and the specter of death returns! It’s a whirlwind of pain, grief and anger. And the movie is pretty rough too. 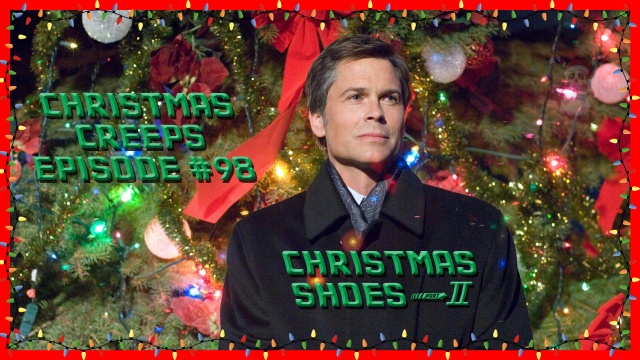 SHOW NOTES FOR THIS EPISODE:

Questions? Complaints? Requests? Hit us up at XmasCreeps@gmail.com!

I've written about movies on the internet since 2009. Now mostly into the podcast game, talking about Christmas and movie soundtracks mostly. It's fun.
View all posts by JW →
This entry was posted in podcast and tagged 2005, CBS, dead mom, family, podcast, television. Bookmark the permalink.

1 Response to Episode 98: The Christmas Blessing