Stocking Stuffer #18: X-Men, “Have Yourself a Morlock Little X-Mas”

With a brand new X-Men film currently in theaters, and with Mr. Bradford on sabbatical, Joe & J-5 take it upon themselves to discuss the 90s animated X-Men series and it’s Christmas episode, “Have Yourself a Morlock Little X-Mas”. The Morlocks have lured the X-Men into their lair to deliver an X-Mas miracle. Can Jubilee, Wolverine and Storm save a young mutant’s life and get back home in time for Gambit’s X-Mas dinner? In 22 minutes, you’d better believe it!

Also in this episode, Joe waxes on about Dark Phoenix, the guys commiserate about the state of streaming television, and what constitutes a miracle in a world where everyone has mutant powers. 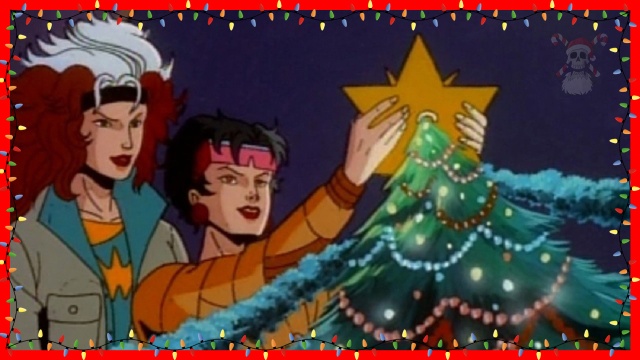 SHOW NOTES FOR THIS EPISODE:

What TV episodes would you like us to cover? Hit us up at XmasCreeps@gmail.com!

I've written about movies on the internet since 2009. Now mostly into the podcast game, talking about Christmas and movie soundtracks mostly. It's fun.
View all posts by JW →
This entry was posted in podcast and tagged 1995, animation, christmas, Disney, podcast, sci fi, stocking stuffer, television. Bookmark the permalink.